After 3 dreadful finals straight, a few sleepless nights and a 20 hour flight, I've made it back to the homeland. One of my first stops is an out-of-town trip with my friends and fellow stylish fascinator Deanne of course! It was definitely a much-needed trip after a very stressful week. There’s nothing like a road trip with friends to make everything ok again. 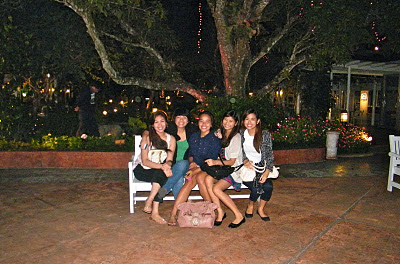 We headed to Tagaytay for dinner and dessert and we laughed all the way there. It was a very chill night filled with good food, good company and a good location with the perfect night breeze. Tagaytay will always have a special place in my heart - good and bad memories included. 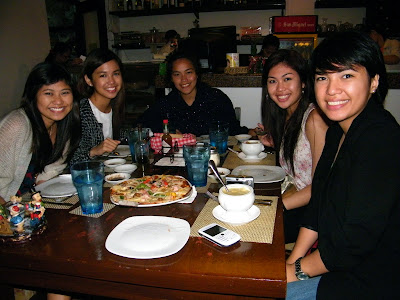 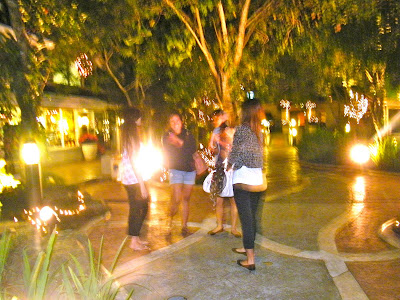 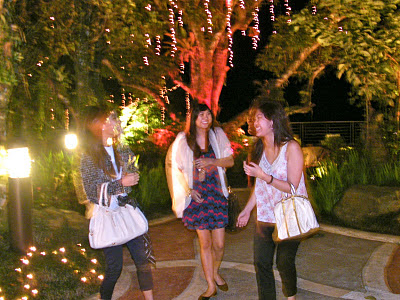 Thank you friends for such a wonderful trip! We need to this more often. Kudos to Karen also for figuring out my camera and for such lovely photos. Lol
Posted by KatbyKatrinahh at 4:07 PM No comments:

The Store You've Been Waiting For Your Whole Life

I have less than a week before I finish doing all my errands, study for finals and pack before I leave. With so little time, I try to maximize my days by doing as much as I can. This day was no exemption. Woke up early to get ready for my appointment down in Soho and while I was there, I discovered one of the cutest stores ever. No joke. I wish I could live there. In fact, I think it's even better than...well...Bloomingdales. Cue gasps.

I usually don't divulge my secret places in Soho. I like having things to myself but this store is too quaint not to share. Are you all ready? It's called C.Wonder and you can find it in Spring Street by Lafayette. I haven't been in Soho for quite a while now (a month) so when I got there early for my appointment, I decided to explore. Thank God I arrived early or else I wouldn't have found my new haven. I was instantly attracted to its bright apple green double doors and as I stepped inside, my preppy heart skipped a beat. The store has the same aesthetic as Tory Burch, Kate Spade and Lily Pulitzer mixed with its own chic whim. It’s kinda like J.Crew but think ladies who lunch or 50s/60s housewives. Does that make sense? I could gush on and on about this place and it still won't be enough to express how much I absolutely adore this place. 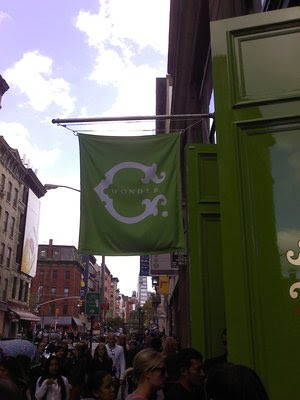 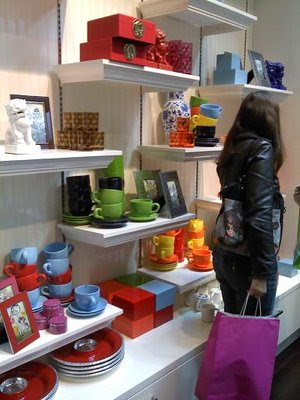 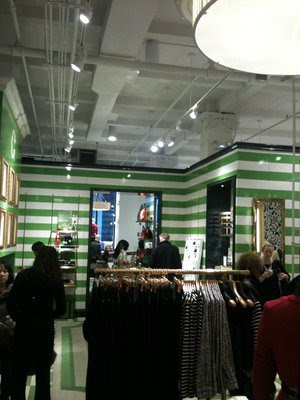 They offer a wide array of fashion apparel and lifestyle accessories that are way more affordable compared to the other brands that I mentioned. I had such a hard time shopping because I couldn’t get just one thing. I wanted everything in the store! I think I went around the store a total of 5 times before I decided on my purchase. I was running out of time as well so I decided to just get bracelets for my mom and sister and a belt for myself.

P.S. Oh btw, I just found out that C.Wonder is started by Chris Burch. Yes. The ex-husband of Tory Burch. No wonder both stores have the same aesthetic. Don’t worry though, Tory. I still love you.
Posted by KatbyKatrinahh at 1:55 PM No comments: 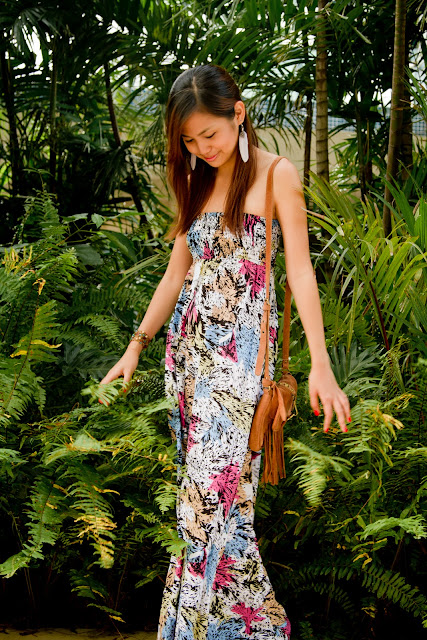 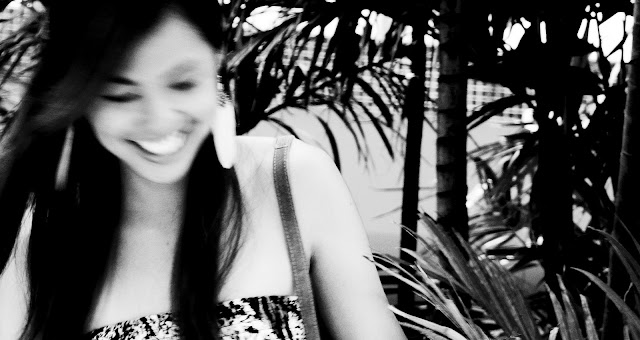 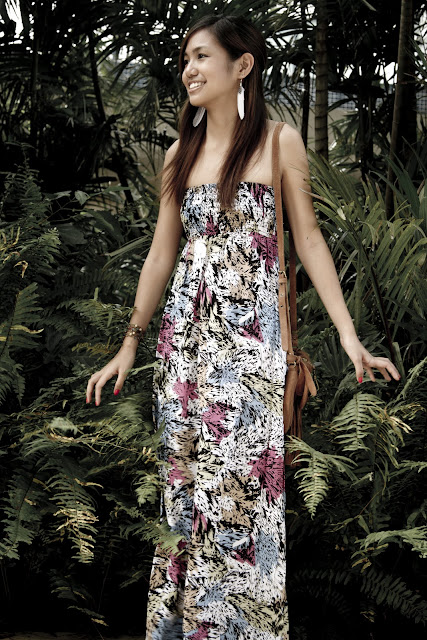 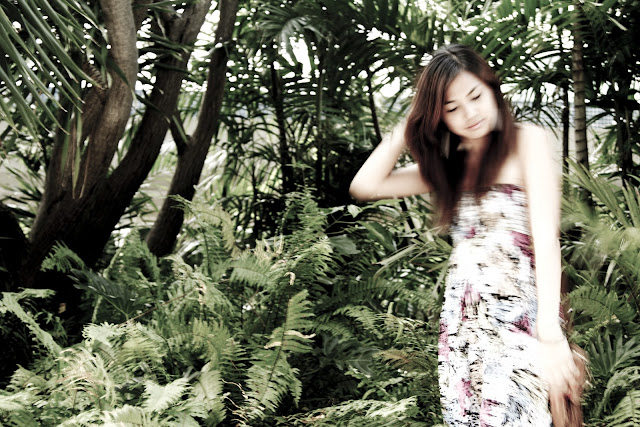 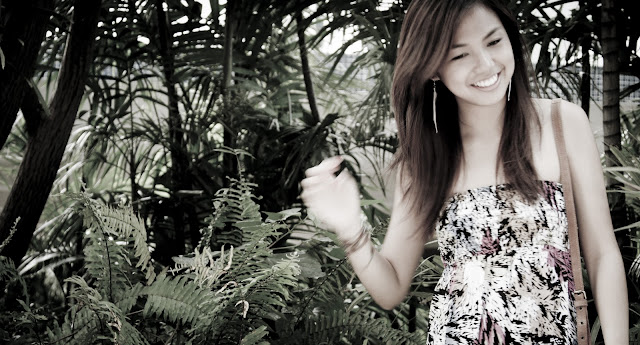 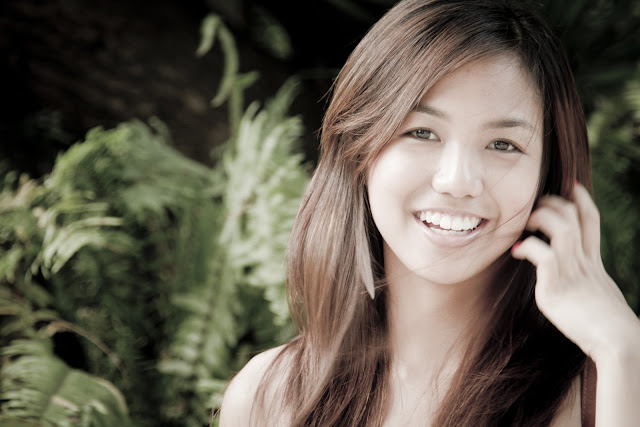 The background makes me look like I'm in the Garden of Eden. Thus, I look like Eve except I have clothes on - thanks to fellow Stylish Fascinator blogger Katrine. But while looking at the photos, I realized that I also look like a mermaid because the dress elongated me! So yes, I'm a mermaid in a jungle. These photos were taken by Ale Rivera (again). Amazing, noh? He just used his camera and played with the natural light. 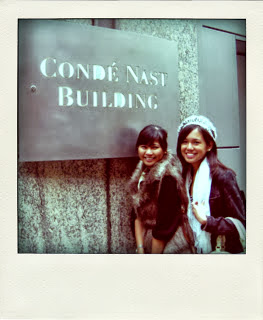